Live-Hacking and great feedback at it-sa 2016

The it-sa 2016 took place between the 18th and 20th of October, 2016. We were present to launch our new software VULCOM and to get interesting international contacts.

During this event we were also allowed to give two talks on the two specialised tracks for technicians and management. While both had an excellecent visitor count, we are very happy that we received overwhelmingly good feedback and the visitor record for both days in those two tracks. 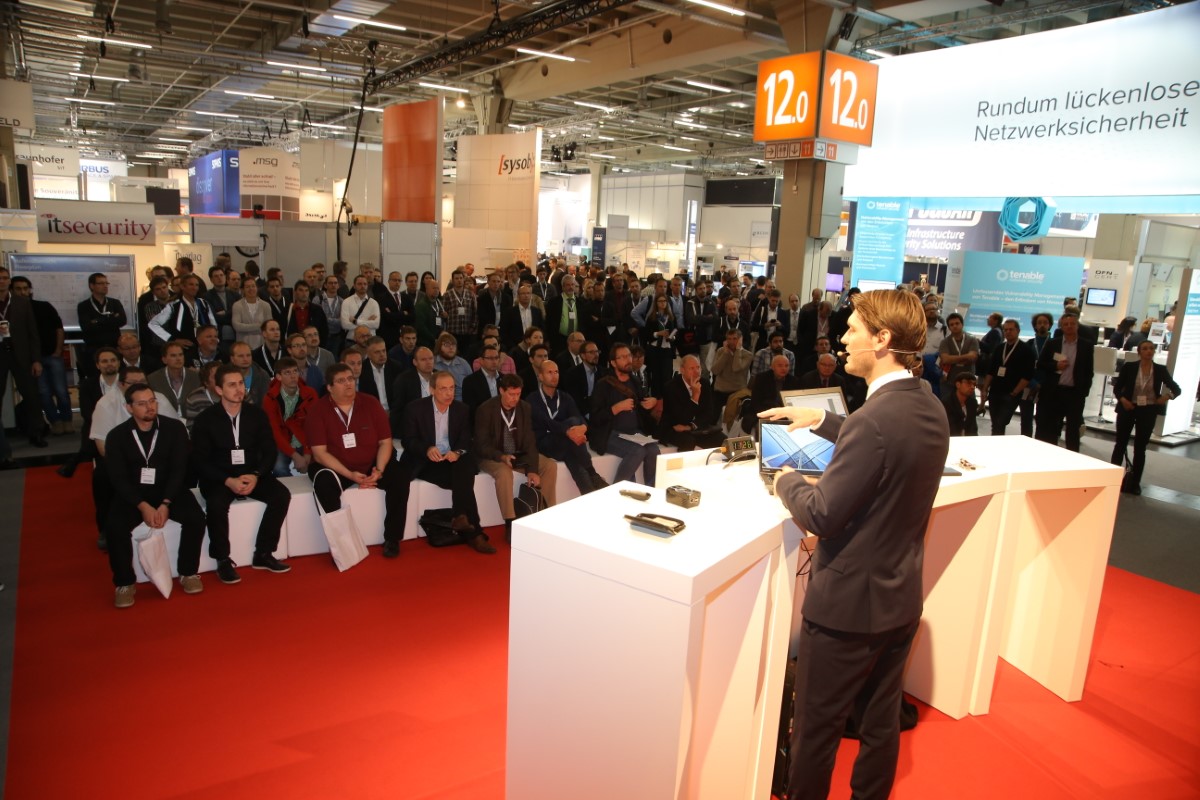